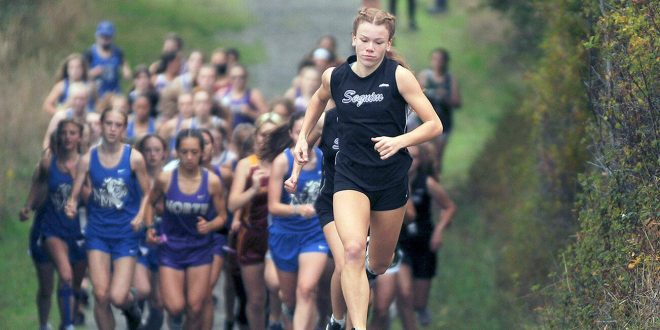 PORT ANGELES — A busy weekend of prep and collegiate sports lies ahead both on and off the North Olympic Peninsula.
The biggest event features runners from East Jefferson, Sequim and Port Angeles heading off to the Tri-Cities for the Class 1A and 2A state cross country championships on Saturday.
The district-champion East Jefferson boys and
bi-district champion Roughrider boys will compete for a high finish on the podium during Saturday’s 5,000-meter race along Sun Willows Golf Course.

East Jefferson’s girls nabbed a fifth-place finish at a combined District 1-4 championship, tops among West Central District girls teams, so the Rivals also can carry the banner of a district title along to state as they work for a top finish.
This is only the sixth time in program history that East Jefferson’s boys and girls teams will each race at state (1981, 1986, 1988, 2004 and 2005, while competing as Port Townsend), according to coach Alice Fraser. Fort Worden State Park hosted those 1980s meets before the move to Pasco.
Sequim senior Riley Pyeatt will cap her stellar career with one last state championship appearance.
Pyeatt is looking to add to her sixth-place finish at state as a sophomore in 2019 and a 13th-place finish her freshman year in 2018.
She’ll be joined by sophomore Kaitlyn Bloomenrader in the girls race, and Wolves sophomore Colby Ellefson will compete alongside the Port Angeles boys.
Start times are
10:30 a.m. for the Class 1A girls; 11 a.m. for the 2A girls; noon for the 1A boys and 12:30 p.m. for the 2A boys.
Playoff football
Three home football prep playoff games will be held on the North Olympic Peninsula.
Neah Bay will host Southwest District foe Mossyrock in a loser-out, winner-to-state district crossover contest tonight at 6 p.m. at Spartans Stadium in Forks.
Unfortunately for spectators (and those who would like to cover multiple events), two of the games are being held at the same time in two ends of Clallam County.
No. 6 Quilcene (7-1) can earn revenge for its only loss of the season when it hosts
No. 5 Lummi at Sequim High School at 2 p.m. Saturday in another 1B winner-to-state contest.
The Rangers were dealing with COVID issues and were without SeaTac League MVP Bishop Budnek (wrist surgery) at the time and fell 28-22 back in September.
A well-rested Forks (6-1) squad hosts a Wahkiakum team that had to win a play-in contest Monday over Adna. The Spartans were off last week and haven’t played since Oct. 22.
The game also is at
2 p.m. Saturday at Spartan Stadium.
Crescent also is in the district playoffs with a game at Naselle at 3 p.m. Saturday.
And the Port Angeles Roughriders host North Mason in a regular season game tonight at 6:30 p.m.
District swim and dive/girls soccer
Swimmers from East Jefferson, Sequim and Port Angeles will compete at the district swim competitions in Renton today and Saturday.
Depending on the results of Thursday night’s matches, Sequim and Port Angeles may face loser-out, winner-to-state playoff contests at North Mason High School on Saturday.
East Jefferson also may have a winner-to-state game at Mount Tahoma High School on Saturday.
College contests
The postseason begins for the Peninsula Pirate men’s and women’s soccer teams with a doubleheader of home NWAC quarterfinal contests Saturday.
The North Region champion Pirate women (15-0-2) will face Pierce (9-5-3) and the No. 3 seed out of the West Region at noon at Wally Sigmar Field. Pierce advanced past Portland with a 2-1 win in double overtime Wednesday.
Peninsula’s men (15-0-1), also North Region champions, will take on South Region No. 2 Rogue (9-2-2), and 5-2 winners over Bellevue on Wednesday, in the second contest Saturday set for 2:15 p.m.
Winners advance to the NWAC championships and semifinal appearances at Starfire Sports Complex next Friday, Nov. 12.


Source link
Share
Previous Who are the top 4 highest-paid athletes ever? Hint: 3 of them are golfers. – Golf.com
Next Retirement not for Daniel Summerhays, who is back at Q-School 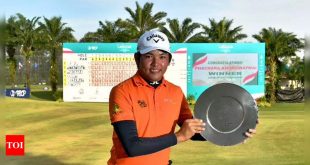 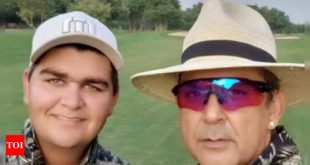 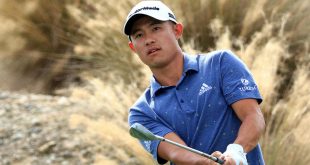