The race for Wings is heating up as Bob Williams/Tom Briggs have a slight half point lead over the duo of George Beaulieu/Jeff Smith.George was off getting a refresher course in golf course management and had Brian Moore subbing for him. Other teams moving up the ladder were Coz/Tommer and Jaime/Travis who are just 3 points from the top.Ready to make a move are the long ball duo of Spiker Bateman/Ed Monnat.Scott Bradley/Dale Wells retain their cellar dweller status but the duo of Todd McKee/Jimmy Bell could challenge as they both shot a 50+ after both having identical 38’s a few weeks ago.Chris Claxton joined the under 40 elite with a 39. Jaime and Coz were both in at 38.The silver Fox Tim Irvine shot a season best 41 and walked away with a skin and the closet to the Pin on -18.Others joining the Birdie Parade were Steve Garrabrant, Tommy Briggs, Carl Hewko(2), Jaime Alonso, Tom Moran and the previously Tim IrvineCoz has had great success with a borrowed driver. That’s the good news, the bad news is that his partner Tommer ,who is one of the only league members who is a stickler for the rules, questioned whether he was violating the 14 club limit.Coz’s defense was that his heavy partner was counting his ball retriever and umbrella as part of the 14.Tommer needs to be reminded that according to the sorely missed Norm Williams “First rule,there ain’t no rules”..Overall all league members are enjoying the golf and comraderie. No world poblems are being resolved as members rehydrate and unwind on the 19th hole but it is not for the lack of trying.Low Gross: Jaime Alonso 36, Jimmy Adams 39.Low Net: Vern Williams 44Closest to the Pin: Steve GarrabrantHigh Team Points: Vern Williams/GaryWilson 8.5 from Todd McKee/Aaron CharltonBirdies: Chubby Woods (1), Henry Lago (5), Jaime Alonso (9) and Steve Garrabrant (9).
As an Amazon Associate I earn from qualifying purchases. 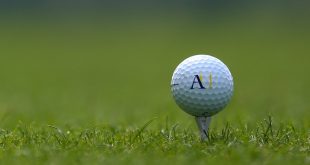 Senior Men’s Golfers Look Forward to One Final Year Together

Ryder Cup: Ian Poulter warns US rookies nothing can prepare them for contest at Whistling Straits | Golf News