Retirement not for Daniel Summerhays, who is back at Q-School

SAVANNAH, Ga. – Daniel Summerhays has traded in his clipboard and whistle for his golf clubs again.
Summerhays, who last year retired from professional golf to take a teaching job at his alma mater, Davis High School in Kaysville, Utah, came out of retirement this past summer at age 37. He now finds himself chasing full Korn Ferry Tour status this week at the final stage of Q-School.
“It was an experience that I won’t ever forget,” said Summerhays, who spent two semesters at Davis High teaching sports marketing, physical education and leadership principles while coaching the boys golf team.
“But I’m retired from that now.”
When Summerhays initially stepped away from the game following a missed cut at the KFT’s Boise Open in August 2020, he had little interest continuing to grind out a career with limited status. He played eight straight seasons on the PGA Tour before losing his card in 2018 and heading down to the KFT, but he finished No. 126 on the KFT’s points list the following season as he battled a stress fracture in his left foot.
At final stage of Q-School in 2019, his first appearance at Q-School in eight years, Summerhays had lost about a club’s worth of distance. The game was seemingly passing him by. Though he got into the KFT’s Utah Championship in June 2020 and nearly won, losing in a playoff, he missed the following two cuts and decided to head back to high school.
“It’s hard to say it, but after a pretty long, above-average career on the PGA Tour, I’m going to step away and go another direction for a while,” Summerhays told the Deseret News last year. “I’m going to try the education system and move into a teacher-mentor role rather than the touring-golf-pro role.”
Full-field scores from the Korn Ferry Tour Qualifying Tournament
As for that stress fracture, it had worsened into a full break and required surgery last January. With two screws in his foot, Summerhays rolled around Davis High’s halls for several weeks on a scooter and wearing a protective boot.
When he healed, though, he decided to give pro golf another shot, even if only part-time, while getting into private instruction, coaching college and junior players. He made two of four cuts this past summer on the KFT and then teed it up in the Utah Open and tied for third. He was exempt into final stage via the status he still had from his medical extension.
“When you have status and you still enjoy playing, it’s different – I don’t know how much I’ll still want to play, but I still love to play – and if I’m in tournaments, it’s like, why not?” Summerhays said. “Even if the entry fee for this one is steep, it’s still fun to go play and compete against these guys.”
Summerhays is competing for guaranteed starts this week at The Landings Club. Top 40 and ties are exempt through the first eight events while a top 10 will earn 12 exempt starts. A win would make him fully exempt.
Regardless of what happens, Summerhays will be content.
“I used to be terrified of losing my status, and then I realized life’s great on the other end of everything; I have a beautiful wife, four kids, I love being at home Saturdays and Sunday, going to church, watching soccer and basketball games, all that stuff,” Summerhays said. “I can’t lose honestly with any outcome.” 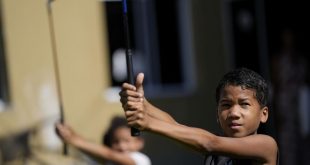 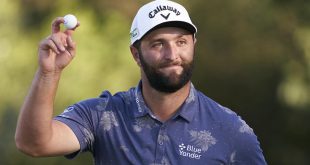 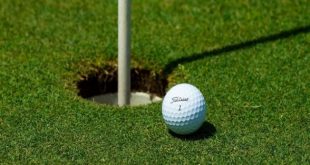