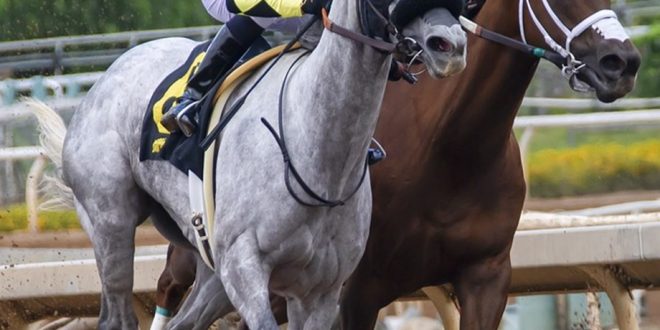 
Following is a summary of current sports news briefs.
Olympics-Horse riding to be dropped from modern pentathlon – report
Modern pentathlon’s governing body has voted to remove horse riding from in its programme at the Olympics after the Paris 2024 Games, British media reported.
The Guardian said the decision was taken by the UIPM governing body after Germany’s modern pentathlon coach Kim Raisner hit a horse at the Tokyo Games when it refused to jump a fence and that horse riding would be replaced by cycling.
Golf-Nothing Goofy about possible PGA return to Disney
Ever since they opened the gates to Walt Disney World a half-century ago they have played golf at the Magic Kingdom. Jack Nicklaus, Tiger Woods and Karrie Webb headline a list of champions who have won PGA and LPGA Tour events staged at the Orlando area resort, accepting congratulations and winner’s cheques from Mickey Mouse and Donald Duck.
FIFA, IOC join pledge for NetZero goal by 2040
Some of the world’s biggest sports organisations including soccer’s governing body FIFA and the International Olympic Committee (IOC) have pledged to reduce their carbon emissions and reach NetZero by 2040, it was announced on Wednesday. The pledge was one of several agreed at the COP26 U.N. climate conference in Glasgow by the Sports for Climate Action Framework (S4CA), an organisation set up in 2018 to bring sports bodies together to achieve global climate change goals.
New York City Marathon returns for golden anniversary run
The TCS New York City Marathon is back live for its 50th anniversary on Sunday after 2020’s virtual run, with participants raring to cross the blue finish line painted inside Central Park. “Coming out of such a pause in life, very similar to what we experienced in ’01 after 9/11 … was the shot in the arm that the city needed, that sense of life and energy the city needed, a connection and togetherness that the city needed,” said Ted Metellus, race director at New York Road Runners, which operates the event.
Tennis-Russia and U.S. set up Billie Jean King Cup semi-final clash
Anastasia Pavlyuchenkova rallied from a set down to beat Alize Cornet on Wednesday and help the Russian Tennis Federation oust defending champions France and reach the Billie Jean King Cup semi-finals for the first time since 2015. The Russians will face the United States after they beat Spain 2-1 to claim first place in Group C in the day’s other tie inside Prague’s O2 Arena.
Golf-U.S. Women’s Open champion Saso opts for Japanese citizenship
Yuka Saso has chosen Japanese citizenship despite representing the Philippines at the Olympic Games this year and in past events, she said on Wednesday. The 20-year-old, who won the U.S. Women’s Open in San Francisco in June as a teenager, currently has dual citizenship as her father is from Japan and her mother is a Filipino.
NFL-Packers place QB Rodgers on COVID-19 list
Green Bay Packers quarterback Aaron Rodgers has been placed on the NFL’s reserve/COVID-19 list and will miss Sunday’s game against the Kansas City Chiefs, the team said on Wednesday.
Multiple media outlets reported that the league’s reigning MVP had tested positive for the novel coronavirus.
China tennis star Peng says ex-vice premier forced her into sex
Former world No.1 tennis doubles player Peng Shuai, one of China’s biggest sporting stars, has publicly accused a former Chinese vice premier of forcing her into sex several years ago in a social media post that was later deleted. According to a screenshot of her verified Weibo account late on Tuesday, Peng said that Zhang Gaoli, who became a member of the Politburo Standing Committee – China’s top decision-making body – coerced her into sex and they later had an on-off consensual relationship.
Tennis-Greek Tsitsipas retires in Paris with arm issue, Sinner loses
World number three Stefanos Tsitsipas retired injured from his second-round match against Australian Alexei Popyrin with what appeared to be a right arm problem on a bad day for seeds at the Paris Masters on Wednesday. The 23-year-old Greek was trailing 4-2 during the first set when he called the trainer on court before shaking hands with his opponent to signal his retirement.
Soccer-Living the dream, American Richards eyes strong return to Bayern
American defender Chris Richards is confident a return to Bayern Munich from his loan spell at Hoffenheim next season will be accompanied with a spot in the German champions’ starting lineup. The hugely talented 21-year-old, who joined Bayern from FC Dallas’ U-19 side three years ago, has been loaned out to Hoffenheim as he looks to improve his game and return to Munich with more playing time under his belt. (This story has not been edited by Devdiscourse staff and is auto-generated from a syndicated feed.) 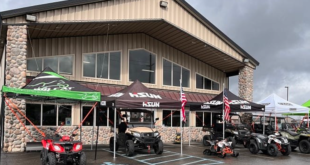 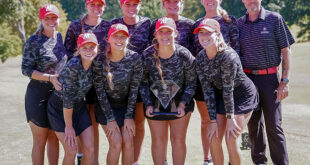 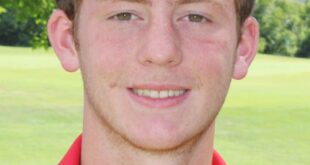